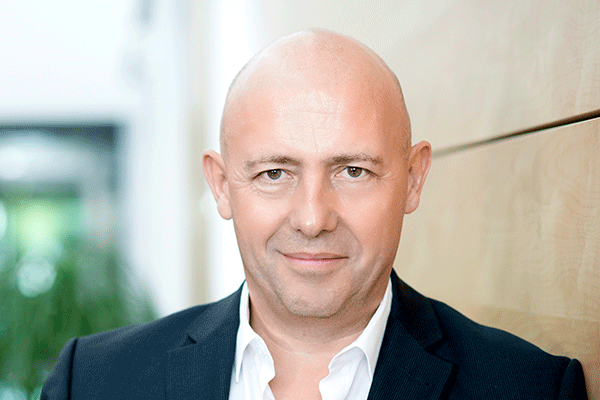 EBRC’s CEO Yves Reding highlights the recent progress made under the Estonian Presidency of the Council of the European Union. According to him, the digital Europe will have to guarantee new freedoms, break down borders, and promote the free movement of data, and it will need to do so while ensuring continued trust in the digital world, with reinforced rights for citizens and companies and an increased level of security. EBRC’s chosen role as a European centre for excellence in the management of sensitive data perfectly matches these European developments.

The recent European summit in the Estonian capital of Tallinn has brought our future digital priorities into focus. As an enclave between the Baltic Sea and Russia, Estonia has built much of its success digitally. The country has become a precursor and an undeniable role model for digitalisation and entrepreneurship. “In this country, digital citizenship is a reality. Electronic signatures are used everywhere, and all the paperwork to start a business can be completed online”, says Yves Reding, the CEO of EBRC. However, this digitalisation of Estonian society requires careful attention to security. On one hand, the digital world offers agility and innovation; on the other, it also carries major risks that can be invisible to the naked eye. In a difficult political environment, Estonia has chosen to reinforce its cyber-security measures. No other country has so deeply understood that digitalisation requires security. After all, it even developed the concept of personal digital hygiene!”

The Tallinn summit: towards a digital Europe

Before the end of the Estonian presidency of the Council of the European Union, the country wanted to make progress in numerous areas related to the digitalisation of the economy. “We have to admit that our continent is lagging far behind the digital giants of America and Asia in this area. While commerce is flourishing in Europe, most of the digital transactions here do not stem from European companies. A lot of work is still to be done. The European Commissioner for Digital Economy and Society Günther Oettinger estimated in September 2016 that catching up to the United States and China would require an investment of 600 to 700 billion euros in our digital infrastructure. As a small digital company founded in Luxembourg, which remains a fairly limited market, EBRC naturally developed European ambitions. For us, Luxembourg is an ideal platform to serve the European Digital Single Market that is now under construction”, says Yves Reding.

Our digital Europe is still too divided. The Tallinn summit aimed precisely at breaking down the walls that act as a drag on an emerging and strong digital union. “Among the key issues discussed at the summit was the “free flow of non-personal data initiative”, i.e. a push to turn the free circulation of data into the fifth fundamental freedom of the Union”, explains Yves Reding. “At the heart of the European Single Market, data should be able to move around more easily. Any barriers – such as unjustified obligations forcing companies to keep certain data on national territory – should gradually disappear. In addition, rules relating to the use of personal data, like the General Data Protection Regulation, further reinforce the civil rights associated with personal data, and thus promote digital trust. These changes should enable international players of European origin to emerge more easily and to benefit from a much more consistent environment.”

Another important work in progress discussed in Tallinn was cyber-security. The CEO of EBRC was happy to see progress in setting up a real European cyber-security agency and strengthen ENISA as a certificate authority. “EBRC is very active in this area at the European level and participates in efforts to improve our coordination and reinforce our response to such threats”, according to Yves Reding. “In the year 2016, for example, we participated in the Cyber-Europe exercise of ENISA with several other European players in the management of critical infrastructures (data centres and cloud facilities) throughout the continent. In its final phase, this project included the simulation of an attack of unprecedented scale, lasting two days, to evaluate the ability of private and public-sector participants to react in an orderly, coordinated manner. Recent real-world attacks that followed this simulation proved that it was by no means science-fiction.”

Trust is more necessary than ever

If you ask Yves Reding, the construction of the European digital space has to be coupled with increased digital freedoms and more secure infrastructure. “EBRC’s development is guided by this strategy. While moving towards an ever more intelligent exploitation of data by global businesses, we chose to focus on promoting our European values around data protection. We must not forget that Europe, with its 500 million consumers, still represents the biggest economic power in the world. We are convinced that both citizens and companies expect their data to be adequately protected. The European regulatory environment sees to that and forces global players to adapt. We want to actively contribute to the creation of this European digital ecosystem built on trust. As a European player in the digital sphere, we strive to be a trusted partner for all of our clients, suppliers, stakeholders... and support them in this new environment, while remaining a guardian of our European values in terms of protection.”

EBRC promotes trust by thoroughly securing the processes, systems and platforms of its clients, and by implementing the highest standards in terms of quality, confidentiality, and data security. “We go to great lengths to master the two inseparable sides of this transformation, agility and security, to better support local players”, explains Yves Reding. The Tallinn summit further sharpened the contours of this digital Europe, and EBRC intends to feature prominently in this future landscape through a strategy of development taking into account these two sides of the digital transformation. “On the heads side of this coin, we need to continue our international expansion and overcome national borders to better serve the Single Market. This expansion will happen through accelerated organic growth and external acquisitions”, he predicts. The Luxembourg-based company continues to weave a network of European partners, via partnerships and stakes in other companies, like its investment in Digora early 2017, a French digital company with offices in the major French cities. “On the tails side, in terms of cyber-security, we will continue to approach European players everywhere to complete and strengthen our TrustedSecurityEurope service line-up and build a skill centre that can cover all of Europe. We want to contribute on our own level to a high-quality ecosystem to guarantee the trust and resilience of any new players emerging in this new digital Europe.”

Its small size compared to global business giants is a card that EBRC intends to play intelligently. “We have the agility, flexibility and local service capabilities that enable us to respond to the specific needs and expectations of each of our clients. We can support them while taking into account their requirements and provide a service with the right dimensions and matching the values of digital Europe.”

“The free movement of data, the soon-to-be fifth fundamental freedom of the European Union, represents a unique opportunity for a player like EBRC, a company founded in a small country in the heart of Europe that has opened up to the world. An opportunity that it will seize by relying on its unique DNA combining the core values of risk management, data protection and cyber-security. We need to accelerate the ongoing construction of the European Digital Single Market in our own area of expertise, the TrustedServicesEurope, which fuses together the two inseparable sides of the digital transformation: agility and security. The European Digital Single Market is our very own Horizon 2020”, assures Yves Reding.