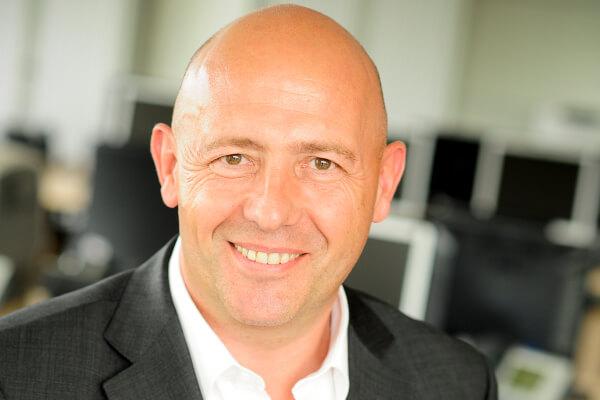 Following the latest data leaks, cyber-attacks and privacy issues but also with the upcoming European regulations, Yves Reding, CEO of EBRC, shares his views and advocates a socially responsible technology, which aims at serving and respecting human values. From cyber awareness to cyber resilience, he breaks down the different steps to succeeding in the ever-changing digital environment.

From the GAFA to the BATX – its Chinese equivalent –, tech giants are highly contributing in the drastic transformation of our world. Through digitalisation – the growing number of data and the advent of new technologies – and globalisation resulting in a fiercer-than-ever competition, rules are rapidly changing, at a pace we have probably never experienced before. “Companies do not have the choice and need to evolve if they want to survive and prosper “, explains Yves Reding. “We are witnessing and living an extremely interesting period on the anthropological, social, economical, cultural and political points of view. And if we take a closer look, we notice that these transformations are similar in many aspects to those of the First and Second Industrial Revolutions.“

Data, the oil of the 21st Century

As a matter of fact, the first industrial revolution which consisted mainly in the democratization of steam and coal, and the second one which brought electricity and oil to all, both deeply redefined the structure of the society we live in, but also the social and political models, inevitably altering human values…”History shows
that when giants emerged, took control and used the resources in an unregulated environment, crises occurred. And then, new regulations had to be introduced, such as anti-trust laws, etc.” highlights the CEO of EBRC.

A similar situation is currently happening with tech giants using resources and exploiting data. Fortunately, the European Parliament and European Commission have put the debate on the table, and so did the Senate and the Congress in the US, following Facebook’s Cambridge Analytica scandal. During the hearing of the social network’s CEO, many questions were raised, but most were left unanswered. “In the digital world, it seems that people accept the exploitation of their own resources since everything is immaterial. Digital cannot be touched and felt. Yet, it is completely unacceptable for all of us to have oil companies polluting the environment and exploiting resources without any regulation. Uncontrolled technologies erode the pillars of our society, from health and privacy to democracy and social relationships. A change of mindset, education and literacy are needed” underlines Yves Reding. According to him, today’s world is technology-driven and is  dominated by big players with no counterparts… at least until now.

Working towards a "socially responsible technology"

The GDPR – Global Data Protection Regulation – and NIS Directive – Security of Network and Information Systems – which will be both introduced in May 2018, actually provide Europe with a competitive advantage, following the latest data privacy scandals, the fake news issues and even the US elections’ manipulations. Europe has now become a pioneer and a reference quoted by American senators and congressmen, who, just a few weeks ago were still skeptical about these new regulations that aim at  protecting the users. It is a complete change of paradigm as such initiatives used to be seen as economic restraints and as anti-business. The implementation of an American agency of data protection was just  addressed during the debate, when France created the CNIL - National Commission on Informatics and Liberty – more than 40 years ago, in January 1978. “We often hear that Europe is falling behind the US and China, but it depends on the point of view we consider. When looking at the data protection and privacy issue, our continent is clearly leading the way”, adds the CEO of EBRC.

According to Yves Reding, “human nature just won’t accept the destruction of privacy, as it is one of the  fundamental rights”. The concept was also recently used to justify the upcoming implementation of the GDPR. In this respect, the CEO is therefore advocating a socially responsible technology, which would protect and develop human values, rather than simply exploiting them without any control and ethics. "We now have to adopt a change of mindset, preceded by a wake-up call. A first step is achieving an irreproachable cyber awareness, yet, doing it on a business level is not enough: cyber awareness to reach an optimal cyber security and ensure “business as usual” is a country-wide – and even a European wide – matter. Companies therefore need to work hand in hand with local partners, government entities such as SMILE in Luxembourg, and regulation authorities. “Trust and Social Responsibility are embedded in EBRC’s DNA, whether it concerns our latest generation green energy-efficient Data Centres – or our behavior, internally and externally. Our core business is to protect our clients’ data. From communicating and convincing to working on the  elaboration of new norms and their promotion, our objective is to deliver a socially responsible technology and boost cyber resilience” concluded Yves Reding.