Digital, a new weapon for legal experts in the recognition of wartime rape 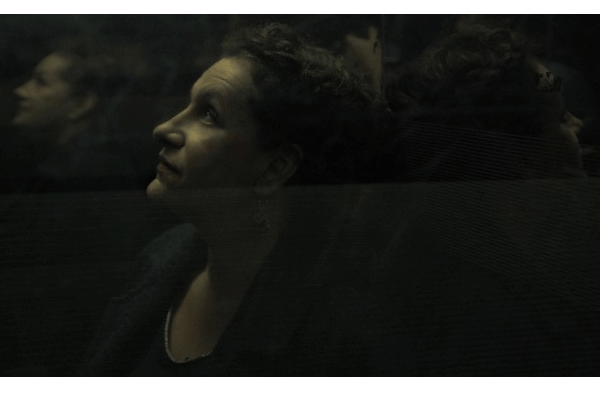 In the framework of ShareIT, the Tech for Good programme from Station F in Paris, Intech and EBRC provide their support to the “We Are Not Weapons of War” project. The project aims at using digital to fight sexual violence perpetrated during armed conflicts. A secure digital platform is intended to be implemented for the report collection of such despicable acts with the objective of helping victims and conducting investigations in the framework of legal proceedings with the ultimate aim of obtaining a judicial remedy.

Céline Bardet is a legal expert and international investigator specialised in war crimes. In 2014, she founded the We Are Not Weapons of War (WWoW) NGO. She spends a large part of her life in conflict areas, often far removed from the world of technology. “I go out into the field, to meet victims, in particular for the purpose of collecting information that may help prosecute violence and crimes perpetrated against populations”, she explained. For the past several years, she has been mainly working on sexual violence perpetrated in the context of conflicts. “As regards these crimes, we face several problems. First of all, the victims are often supervised by armed groups, enjoying very little freedom of movement, to the point of being unable to visit a doctor. Following these acts of violence, physical and psychological traumas, there is also a risk of being stigmatised within the community, of a feeling of shame, which prevents the victims from speaking out”, she said. WWoW’s action is aimed at providing education and information about rape as a weapon of war in conflicts, at providing guidance to local institutions throughout the judicial process, to provide support to victims by working on the trauma and their rehabilitation. In four years of existence, WWoW’s advocacy work has made rape in times of war a public subject that is widely reported on by the media today. However, although Céline Bardet believes that the first objective has been achieved, she does not consider it to be enough.

“The situation of the victims, the impossibility for them to move around freely, makes it difficult to report these despicable acts and, ultimately, to prosecute those responsible before an international court”, said Céline Bardet. The legal expert and social entrepreneur wants to remedy this situation in particular by using digital technologies. WWoW has joined the ShareIT incubator in Paris, based on the idea that the new tools available could be used to serve victims and combat these unspeakable attacks. “Contrary to the ideas conveyed in Europe, the people in the countries concerned by these problems are connected through tablets, smart phones and 3G connectivity. In my view, there was a mean of using the technology to collect reports of these acts and therefore better help the victims”, she explained.

A platform for reporting problems

In the context of ShareIT, in collaboration with InTech and EBRC, partners of the programme, WWoW designed a new application. “The goal is to provide the persons concerned by such acts, i.e. the victims themselves or eyewitnesses, with a new tool”, specified Céline Bardet. "The objective is to make the tool available to the victims, giving them the choice as to whether or not to make a report, ensuring that they are protected. For each report, we receive an alert in Paris, where we collect the information which is neither stored nor visible on the victims’ phone, and we can then implement procedures to help them.” The idea is to have a global solution with a local impact. For each report, local stakeholders can be mobilised, such as the closest doctor, to help the victims insofar as they so desire. Beyond that, consolidating reports and information makes it possible to mount cases that can be defended in court.

WWoW relied on the expertise of Intech and EBRC to create this platform. The two Luxembourg-based companies jointly developed the tool resolving the challenges that WWoW faces.

“There is a significant challenge in the area of security. Eyewitnesses and victims must be able to make reports in a secure way. Therefore the interface was designed to be easy to use and not leave any traces on telephones. It can be used to report sexual violence, provide crucial information and transfer documents related to the situation, such as photographs of injuries, for instance”, explained Fabrice Croiseaux, CEO of InTech. It is also important to ensure that the transferred documents cannot be intercepted by authorities. “The solution uses recent technologies, and blockchain technology in particular, to guarantee the integrity of the reports and documents transferred.”

Ensuring the protection of critical information

The platform is hosted in EBRC’s Data Centres in Luxembourg, a European stakeholder specialised in the management of sensitive information. Its expertise ensures the protection of the transferred data and the integrity of the received documents, to warrant that they are admissible in court, should the proceedings even take place several years after the events. “Our mission has always been to generate confidence in digital services, in particular by developing expertise in the management and protection of sensitive data, by ensuring the security and availability of the service, said Yves Reding, CEO of EBRC. In this case, this is extremely critical data on which lives of people in potentially dangerous situations around the world depend. In addition, the hope of a remedy for the victims, which resonates directly with one of our core values, namely resilience, is also directly linked to preserving that information.”

The platform was implemented in the past several months. A prototype was made. Tests are scheduled to be carried out in several conflict areas. The initial results will help further refine the technology. Obviously, one of the major challenges involves informing the victim populations about the platform. “An awareness-raising strategy needs to be implemented in collaboration with local stakeholders with the aim of providing support to the victims. It will be necessary to work with the local communities to ensure that everyone understands the platform object, said Céline Bardet. The idea is not to use an approach based on identifying victims, but rather to provide support to victim populations. They must have assurance that their actions will benefit them, with medical aid in the field and an investigation by the courts with the aim of claiming a remedy.” The stakeholders in the field will be important for ensuring that the tool is known among the populations and for ensuring that the NGO is able to rely on quality data in order to pursue its goals. “We need to provide the justice system with solid cases, warranting that each report can be substantiated with documents, certificates and medical reports, for instance”, said Céline Bardet.

Technology in the service of global social causes

Through ShareIT and the project developed for WWoW, InTech and EBRC have demonstrated that it is possible to use innovations in digital to meet major societal issues. “In a future version, the application should contain artificial intelligence tools able to improve the analysis and classification of reports, both of which operations are currently done manually. With those improvements, it should also be possible to more rapidly detect major issues and thus better plan actions and interventions”, said Fabrice Croiseaux. “This project is proof positive that the ecosystem of digital stakeholders that have joined forces around ShareIT, including our two Luxembourg-based businesses, can create real added value through technology to better serve a crucial global cause”, concluded Yves Reding.

Putting digital at the heart of social entrepreneurship

ShareIT is the Tech for Good programme from Station F, the French start-up incubator. “Our programme was initiated by Ashoka, the 1st global network of social entrepreneurs and a few business leaders convinced of the fact that technology can be a powerful tool for changing the world”, said Mathilde Aglietta, Director of ShareIT. It pursues 4 objectives: accelerating the digital transformation of the most innovative social enterprises, and thus multiplying the strength of their impact; engaging the businesses owning technologies in identifying cases for use to support social issues; raising awareness among engineering sectors and enabling Tech talents to work on projects with a social impact; structuring a global market of “Tech for Good” solutions. The programme provides support for a period of one year to projects with a global social impact whose approach is based on digital. “Thanks to our partners’ support, including InTech and EBRC, we are able to provide the social entrepreneurs participating in our programme with the equivalent of some 3,000 man-days to help them bring their project to fruition, all the way from design to development, through prototyping”, said Mathilde Aglietta.